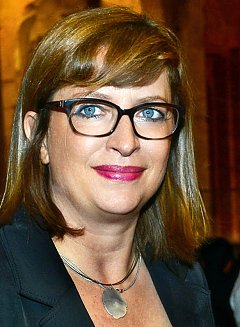 Founded in September 2000, RW Media Relations is a Munich-based public relations firm specializing in the arts, classical music and musical theater. RW Media Relations' director, Ruth Wischmann, is an experienced public relations executive from the classical music scene. Joining her is a team of qualified freelance copywriters, photographers, graphic artists, translators, etc. depending on the size and nature of the job.

Ruth Wischmann was a press and promotional manager for classical and crossover artists and recorded media at Bertelsmann Music Group (BMG Ariola Classics) before establishing her own business. She began her career in the recording business in 1987 at Schwann-Bagel Publishing in Düsseldorf and then went to Koch International in Munich where she worked as label manager. While at Koch, she studied marketing at the Deutsche Angestellten-Akademie.
In her youth she learned to play three instruments and studied to become a teacher, majoring in music, French and education. Her eventual career path was already becoming apparent as she managed various artists during her student days.